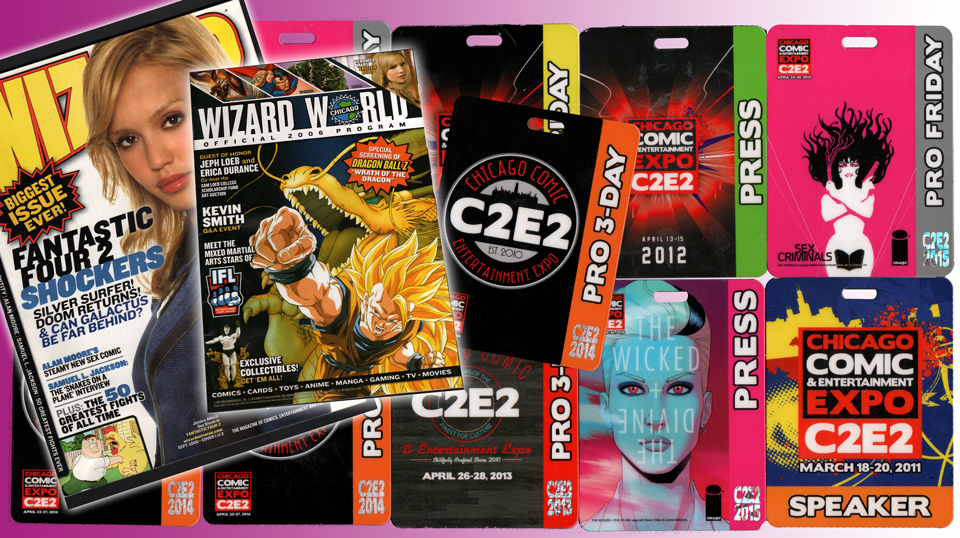 C2E2 2015 v.s. Wizard Con
C2E2 number 6 is a wrap and Chicago comic book fans can look forward to Wizard Con due in August. It has been 6 years since the gauntlet was thrown down to see which Con would dominate Chicago. The battle continues but as far as Comic Cons go, C2E2 has been a breath of fresh air for the pop culture atmosphere in Chicago. C2E2 has generated a much needed competitive spirit to the lethargy that had seeped into Chicago Comic Con.

In the previous decade, Chicago had the dubious status of a major city without a vibrant Comic Con presence. Rosemont, Illinois hosts the Chicago Comic Con under the auspices of Wizard World, and until six years ago it was the only major pop culture celebration in town, but it was a Con in decline. Chicago Comic Con runs third place behind New York Comic Con, which lags behind San Diego Comic Con. Chicago may be the “Second City” but not when it comes to Comic Con.

The show at Rosemont had lost its luster. It no longer commanded the star driven presence of its earlier years. The 2009 show was Wizard Con’s nadir. Gone were the big banners from big name publishers and artists, and celebrity appearances were few to none. The TV news stopped covering the convention, (although this may have been the fault of the Wizard World publicity department). Wizard Con was all but abandoned. Tumble weeds were gathering at the fringes.

C2E2 brought the luster back to the Chicago pop culture convention scene. The Windy City is once again hosting a major Comic Con with C2E2. Wizard World will have to be worth the trip to fans if it’s going to compete. I hope they’ve learned from their mistakes. Wizard’s alienation of comic fans by its focus on old TV show nostalgia and Wrestlers, had purged most of their 70,000 attending comic fans who lost interest in large numbers. I’m rooting for Wizard World to pull off a come back. Chicago has two baseball teams so why not two Comic Cons? The city of big shoulders can handle it! The competition is good for fans and business.

From a business plan perspective, Comic Cons operate on a five year plan. You have about that long to establish yourself as a successful Comic Con. If after that time you are not on solid footing, then you’ve lost the gamble.

Chicago needed to get a Comic Con back within the city limits. For years Chicago was considered a poor host for the convention circuit. Union recalcitrance and nickel and dime policies made Chicago conventions at McCormick Place an unattractive option. The Auto Show continued to house their exhibit there but other shows were few and far between. No one else could see a positive NPV (or net present value) in bringing their business to McCormick Place. Their profit incentives were eroded by union demands and high hosting fees.

Conventions are in business to make money, and if all parties involved can’t see a profit then what’s the point? So for years McCormick Place was a large exhibit space that didn’t attract many exhibitors. It was the pretty girl with bad breath. Under the economic pressure of seeing a lot of money steer clear of them, McCormick Place relaxed their position, and made the venue more attractive for conventions. This helped make it possible for C2E2 to bring Comic Con back to Sweet Home Chicago.

Reed Pop is now in preparation for the seventh C2E2 at McCormick Place. The question is, do the ticket buyers and vendors still enjoy the experience? Has Reed Pop conquered the battle of the Comic Cons? Are all C2E2’s parts oiled and running smoothly? Is the showroom floor and the Cosplay and artist’s alley or the panels worth the time? Is C2E2 everything it promised to be? 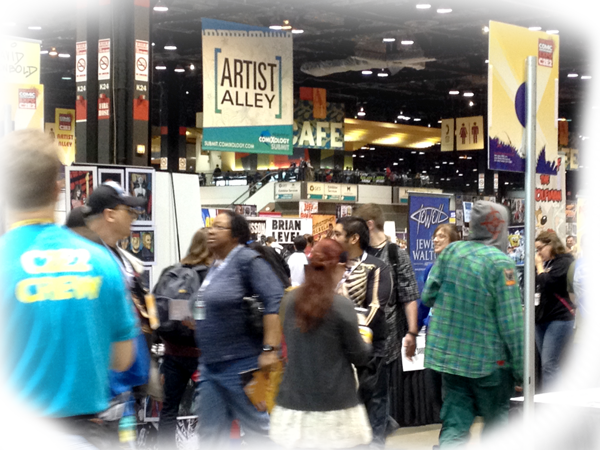 Artist Alley is where most of the energy could be found.

Each year Comic Con exudes  a different energy in all the aforementioned categories. The energy this year as compared to past C2E2s seemed a bit lower across the board; not critically low, but lower nonetheless. Sustaining Comic Con success is like breathing. There will be compressions and rarefactions. We’re coming up on the seven year itch when new fans who weren’t even born when C2E2 arrived will be cutting their teeth on pop culture.  Next year C2E2 may be the first Comic Con experience these young seven year old fans will have. The childhood memory of a first Comic Con is a powerful cultural inheritance. Not unlike Santa Claus and the Easter Bunny. Next year will see an infusion of new blood.

Saturday is the day when you can really see the Comic Con energy in full effect. That’s when all the spectacle is at its most intense. This year I felt that the energy, while still at respectable levels was not as high as in past years. This is of course a subjective assessment. It could just be that the weather was dismally cold and wet, but it’s hard to imagine that chilly weather could keep the native Chicagoan from showing up. 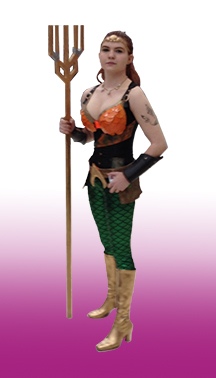 The Cosplay didn’t seem to be as kinetic as in recent years. There seemed to be a nonchalance about it that gave me the perception that the hard core Cosplayers were somewhere else. Especially with all the incentives of the Crown Championships of Cosplay offering over $10,000 in cash and prizes. Maybe the energy manifested itself on the main stage where the competition was held. I don’t know, I couldn’t attend due to other obligations.

Artist’s alley seemed to fair better, there was a high energy there. The alley hosted a lot of very talented professionals displaying quality work. Most everyone had good looking 8 foot vertical banners behind them displaying some tightly rendered art in full color. Even R2D2 made an appearance, rolling through the crowd about 12 feet ahead of his operator.

Every year I look forward to the panels to inform me and keep me up on the pulse of the industry. This year the panels seemed forced. They seemed to have nothing really interesting to offer. I know the saying; “there’s no such thing as an uninteresting subject; only an uninterested person.” Well, like most people I’m interested in many things. So from my perspective the panels were somewhat dull this year.

Panels should leave you hard pressed to figure out how to be in more than one place at a time. This year you could just sit in one place and not really stress over what you might be missing in the next room. There should be strong panels being held every day of the Con including Sunday. I didn’t care to return on Sunday and this was the first year that I didn’t attend panels all three days. There was nothing to compel an adult, without kids in tow, to show up on Sunday.

So my overall reaction to this year’s C2E2 Comic Con is that it was still a great Con. I have been attending Comic Cons on both coasts and in between since I was a kid during the early days of Phil Seuling and Nancy Warner, so I think I know a good Con when I attend one.

How can C2E2 improve on their convention? I don’t claim to have the answers but I do have some ideas that may be new or already thought of by the folks who run C2E2. So here goes. 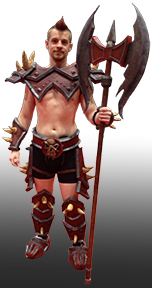 The Cosplay needs more incentive, like maybe a tie-in with the Heroes of Cosplay television show. H.O.C. is not cancelled yet, at least I don’t think it is. I believe they’re on season 3 now. If C2E2 hasn’t reached out to them yet they should. The promise of national television exposure would ramp up the Cosplay devotees even more. In other words double up on the prize incentives and have competing awards shows. If a contestant washes out of the Crown Championships, there’s still another one to go for. Make everything insanely great like Steve Jobs would say. I liked the Kid Costume Showcase. I saw a few 12 year-old kids walking around with some impressive costumes. Keep that idea going. 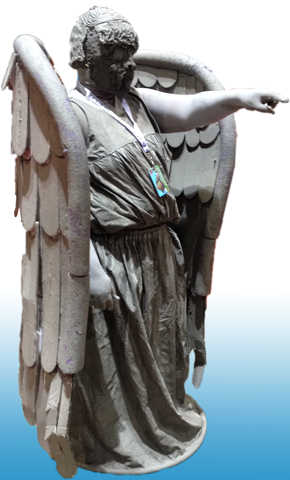 The panels need more interactive functionality. The drawing tutorials this year were a great idea. A life drawing panel would be great where everyone with a sketchbook gets a chance to draw Cosplay characters who win the privilege in another contest somewhere else in the Con. (You’ll have to figure out some way to incentivize a Cosplayer to actually show up for an hour to be a sketch model. Like maybe a free ticket to a sold out Kevin Smith appearance or something. But hey I’m slinging ideas here, this is not the time for judgment). The drawings could be judged by some celebrity artist or a publisher and the winner could be published in the following year’s program book. Co-branding and tie-ins would be great marketing opportunities for all concerned. You know like Berol pencils, Strathmore paper or something.

There should be more panels that show the business side of being a professional creator and not necessarily comics specific. Licensing, cinema, publishing, marketing and video gaming industries should be more strongly represented. Fandom is fine to cater to but a lot of the people at the Con are fantasizing or actually looking for a way to get into the professions they are fans of. I know you’ve already done most of these things but do it more! Inspire everyone!

Bring back the swag bags at the entrance to the Con. A Con is remiss in its own perceived value by not getting a bag full of merchandise into the hands of ticket buying Con attendees. Get the sponsorships back up to a juicy level with toy manufacturers, Hollywood, food manufacturers etc. It should feel as though my ticket purchase bought me a bag of exclusive swag and that my admittance to the Con is a bonus! Feed the minds and the bodies and you can’t go wrong.

Okay that’s all I have to say about the subject of improvements I’d like to see made on behalf of C2E2. Haven’t heard from Wizard World about a press pass for their Con coming in August (Hint! Hint!) It’s up to them. That’s my reaction. 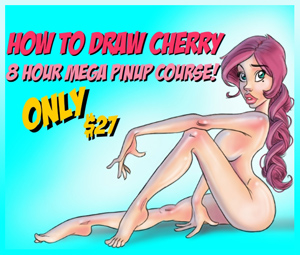